Network mechanisms of neurocognitive development: We investigate the contribution of brain network development to cognitive control, and pinpoint specific neural processes that contribute to behavioral change from childhood to adolescence. 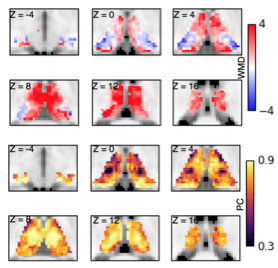 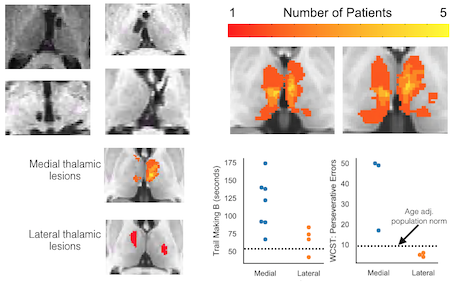 The human thalamus is a difficult region to study because of its small size and deep location. To address this challenge, we are now conducting studies with a novel approach: combining multimodal neuroimaging (fMRI and EEG) and human lesions studies. The goal is to determine how the disruption of thalamocortical interactions after thalamic lesion affects cortical neural activity and behavior. We are now focusing on how the thalamus modulate cortical evoked responses, neural oscillations, and cortico-cortical functional connectivity for cognitive control.

Determine the neural and cognitive mechanisms of "inhibition"

The concept of "inhibition" is central to cognitive control. Examples include rejecting distractor, inhibiting impulses, and resisting unwanted mental intrusions. However, with the exception of the fronto-BG motor "stopping" system, whether or not inhibition is a dissociable neurocognitive mechanism that is distinguishable from other excitation-based phenomenon remains hotly debated. In collaboration with Shaun Vecera. we are developing paradigms to (1) demonstrate the effect of willful inhibition behaviorally, and (2) identify its corresponding neural signature and its underlying neural substrate using both EEG and fMRI. Another related line of research is to examine the interaction between inhibition and working memory. We ask the question, is working memory function is influenced by the need to exert inhibition? If so, how does it work? 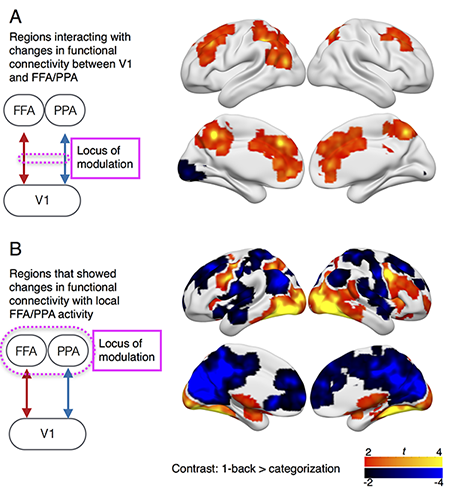 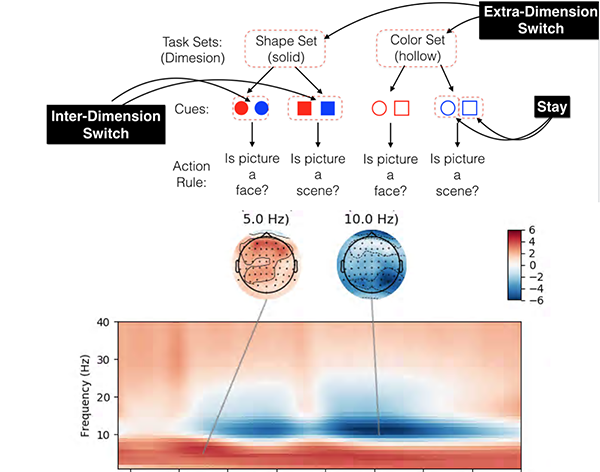 The cardinal characteristic of cognitive control is it is flexible and context dependent. We are not governed by the same set of rules in every situation. If so, how do we use circumstantial information to adjust our actions, specifically, adjust mappings between sensory and motor processes? We have developed a paradigm that requires human subjects to switch between action rules depending on a superordinate, circumstantial context. Parallel EEG and fMRI studies are now in progress. 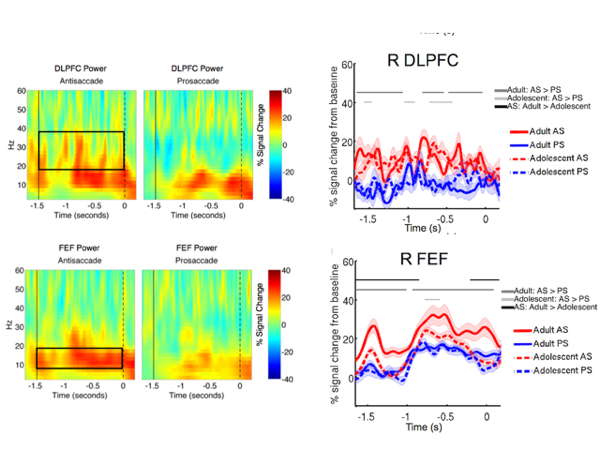 Historically, cognitive control and its neurodevelopment have been studied using univariate approaches to probe relevant brain regions in isolation. However, several brain maturational processes (e.g., myelination) affect the brain as a network from childhood through adolescence. Hence, how functional brain networks are organized across development has important implication to its information processing capacity. We apply graph theoretic approaches to analyze brain network properties throughout development. Right now we are focusing the thalamocortical system; despite it critical importance, not enough is known about its developmental trajectory.